The idea of an “Anthropic Matorral” refers to the notion that architecture should be able to connect with the local ecosystem, creating a hybrid system between architecture and in this project´s case, the submontane scrub. It is worth mentioning that the project does not aim to reach a pristine ecosystem and settle on top of it, but rather act on sites that have already been heavily altered by human activities, and where because of their proximity to wild areas, it is feasible to think of a reconnection of the system through the design of an architectural project that allows the place to regenerate on its own.

The backbone of the project is constructed from 3 key concepts: 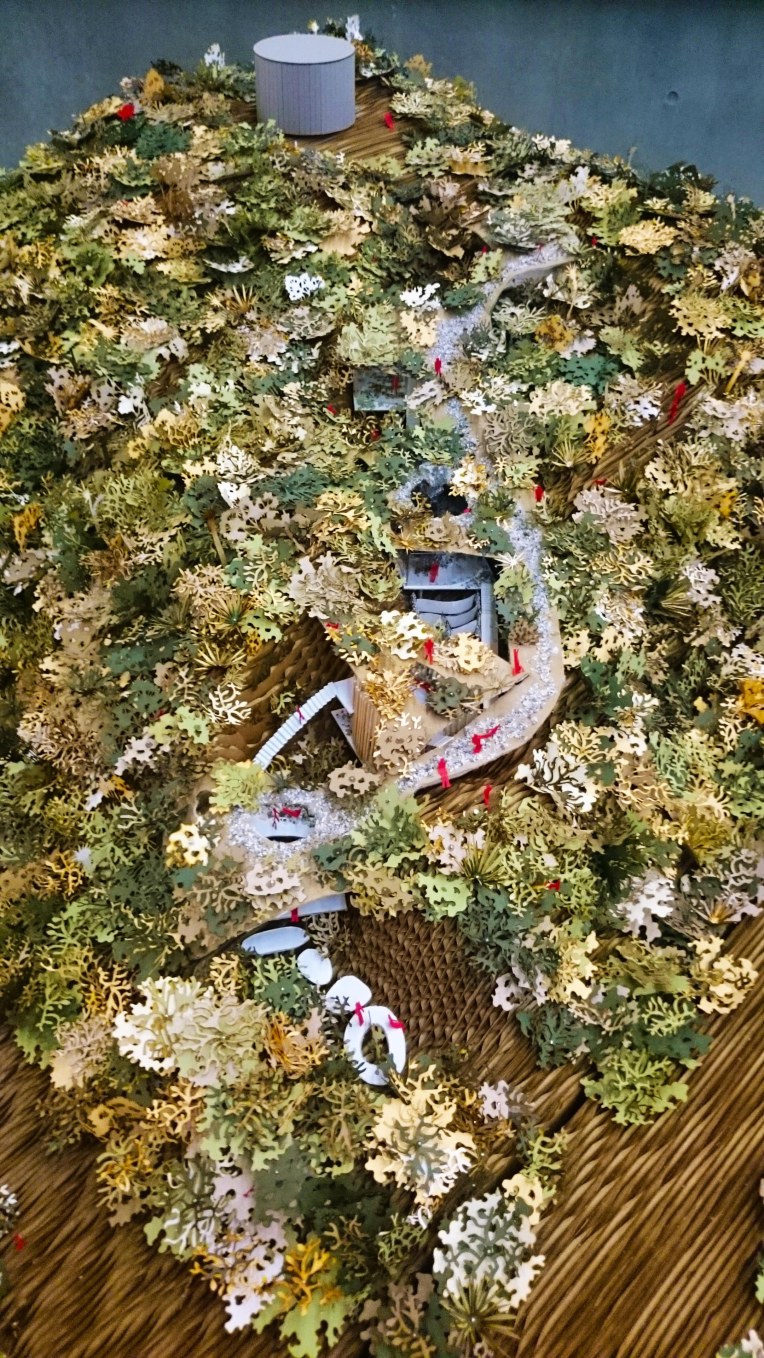 Levels of Human-Nature Interaction, that rethink the way humans relate with other organisms with whom they share a habitat by proposing a gradient of exposure to the flows of the ecosystem depending on the needs of the space. The house becomes a new anthropic ecosystem where humans share living space with other living beings, creating a symbiosis where the human provides habitat, damage amendment caused by its own kind, and see for the wellbeing of their cohabitants, meanwhile animals and plants provide a range of environmental services such as: air, water, and soil, decomposing waste, food, control of humidity, temperature control, rainwater recollection, stress reduction, contemplative and olfactory pleasure, psychological well-being, and preservation of biodiversity. Ecosystem Flows, which emphasize that ecosystems are dynamic systems that only function properly while there is a healthy flow of its different parts; from water falling on the ground, being harnessed by organisms of the place, and the rest seeping into the ground to the aquifers, or to surface rivers, or evaporating back into the atmosphere, to nutrients being synthesized by plants or taken up from the soil, passing through a number of animals in its course through the food chain, and then returning to the soil due to animal waste,and fungi and bacteria decomposers taking the organic matter, breaking it down into its basic elements, so the nutrients can be used again.

The ecosistemic flows analized on this proyect are: Water, Nutrients, Animals and Plants, Air, and Electricity. Fundamental Human Acts, are a way of undressing human living into its elemental components, showing them in a simple way so they can fuse with other ideas without the complexity of contemporary living getting in the way. The project is developed around 7 fundamental acts: Socializing, Nourishing, Playing, Purifying, Resting, Thinking, and Stewardship. Except for Stewardship, each of these acts corresponds to a specific area of the project that is designed taking into account what we believe relates each of these activities with the ecosystem of the site, and what specific features the space should have in order to carry the act correctly. When we put together Levels of Interaction, Ecosystem Flows, and Fundamental Human Acts, the result is a way of living that looks much more like what we imagine architecture could be in the future. 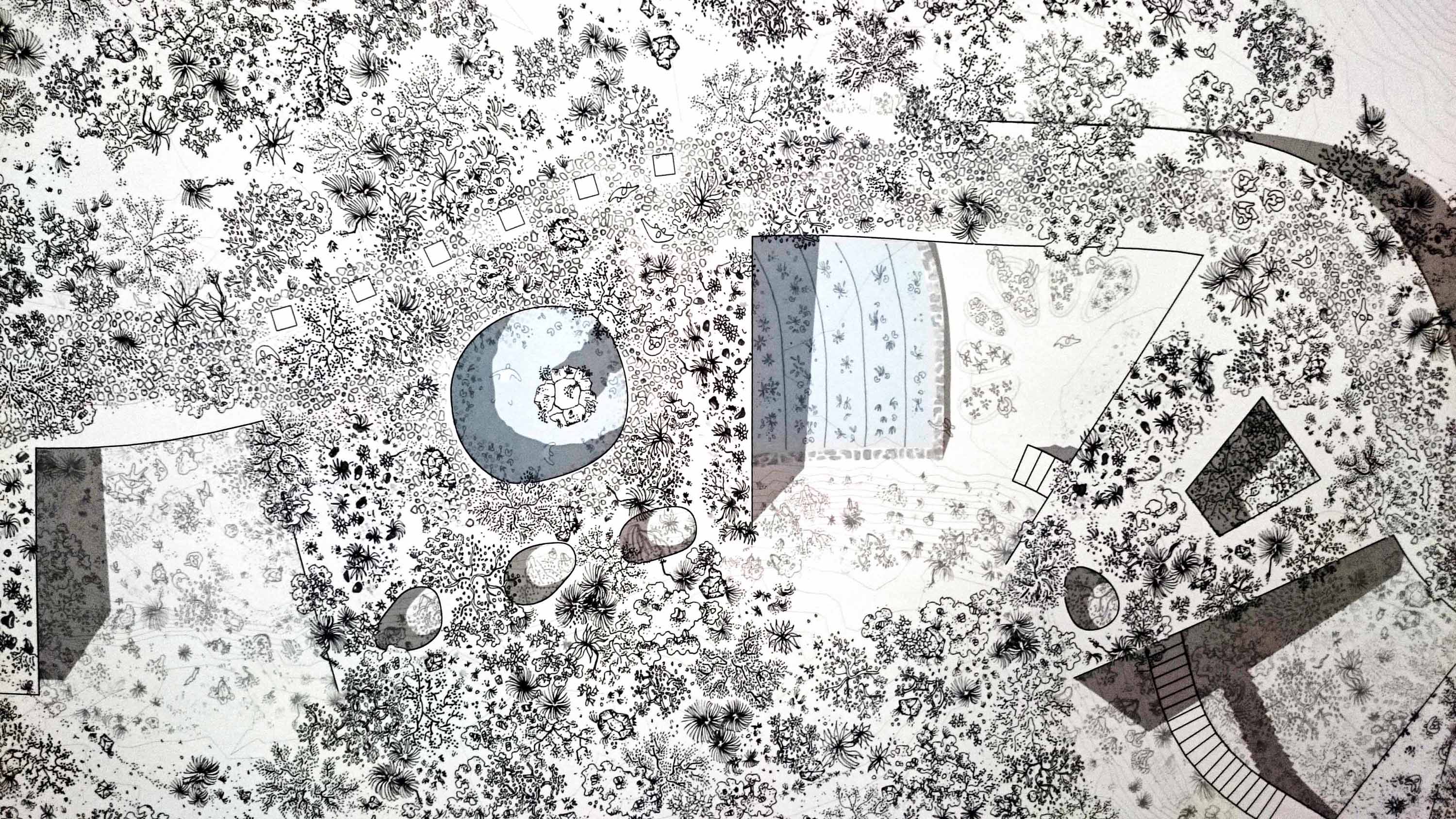