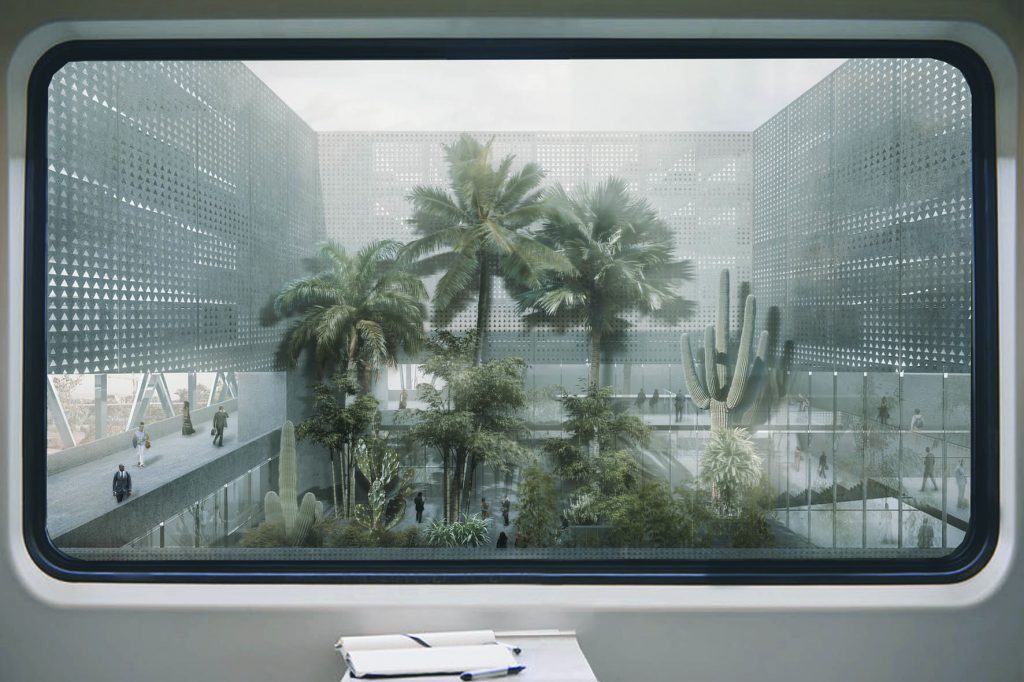 Africa;Israel – an international railway line
With the dissolution of the colonial rule, the African countries gained independence, as did the State of Israel. This historical narrative created a common socialistic ideological denominator.
Since then the African countries have undergone many upheavals and the mutual acquaintance has been replaced by hostility. The diplomatic ties had renewed during the ’90s in terms of capitalism interests.
The project examines those relations and responds to the neo-colonialism trend, by establishing a railway infrastructure designed to leverage the relations in a bi-directional and egalitarian manner.
The project presents feasibility for two stations: Juba-South-Sudan, and the Beer-Sheva, Israel 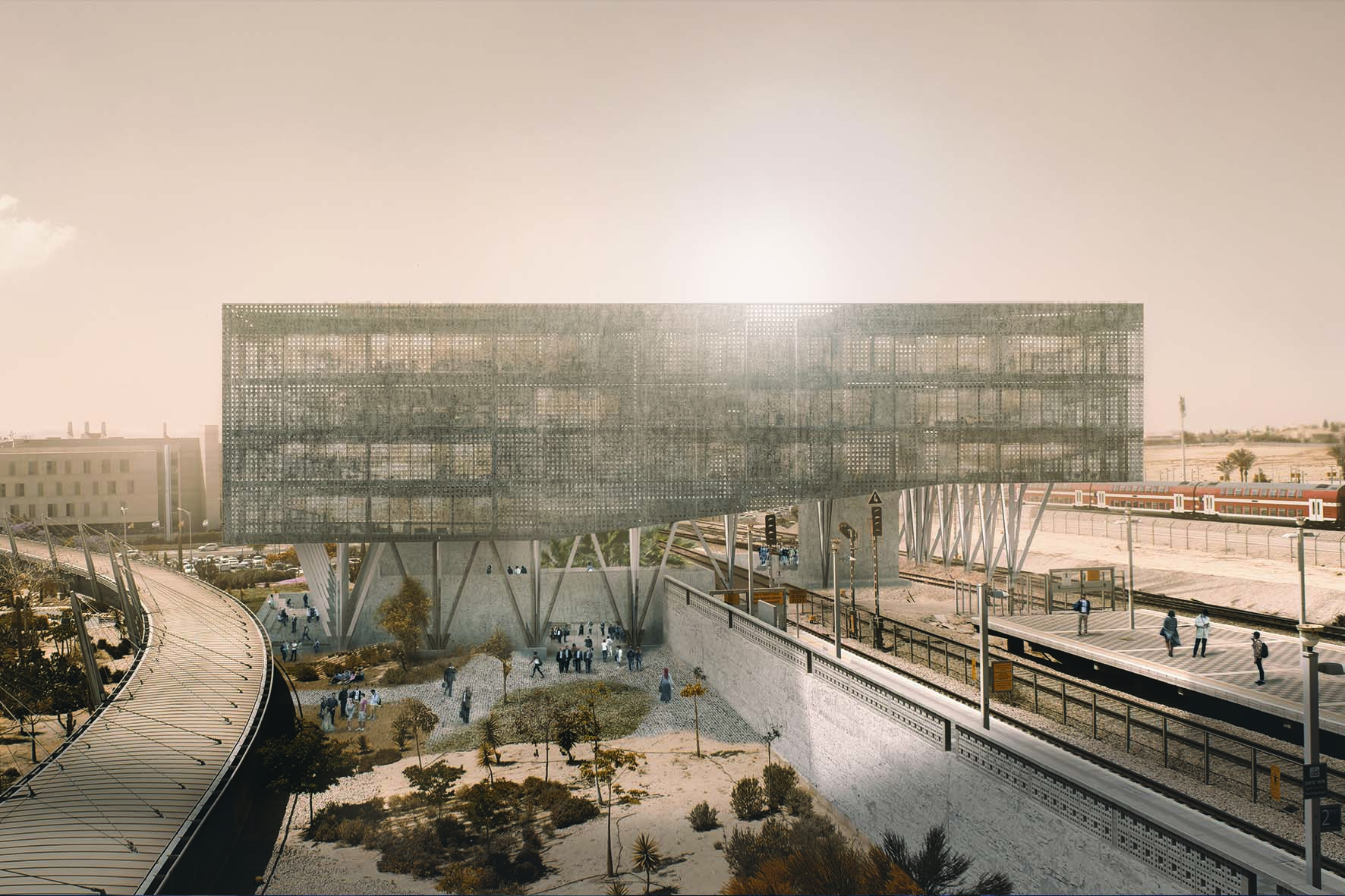 Beer Sheva station, Israel - Feasibility no. 01 In the past, under the Ottoman rule in Palestine, Israel was connected to African by a railway line. The track traversed the Sharon region, the Lowland and the Negev, it was about three hundred miles long and the second name of it was the "Egyptian Railroad" because of the original design, the West End station was intended to be the city of Ismailia in Egypt. The new planning of the station will create an international terrestrial gateway to Israel. The station is accessible at the base of a regulated platform of entry and exit from Israel for goods and passengers and topped with supporting programs that are set according to the local needs of the city Beer Sheva. 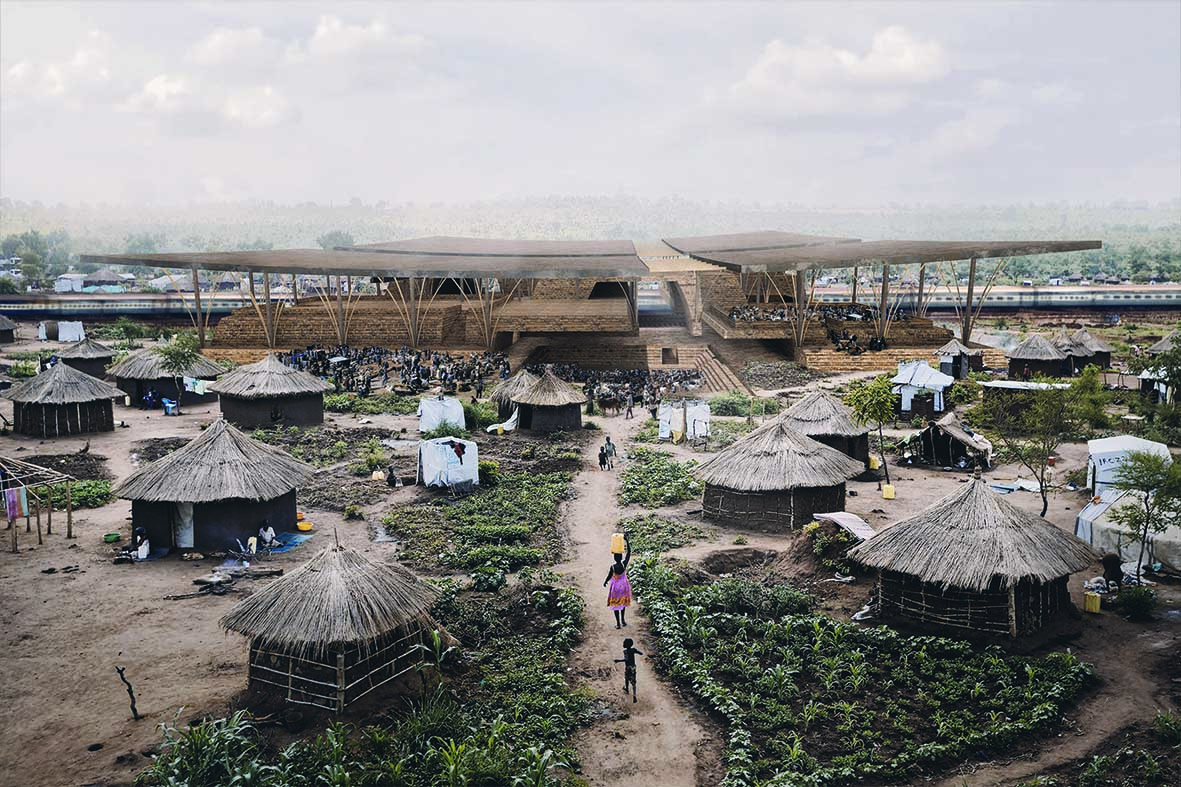 Juba station, South Sudan - Feasibility no. 02 South Sudan is a prime example of the potential for Israel to base the relations on humanitarian aid, and a chance to quarantine the cynicism inherent in capitalism: South Sudan independence in 2011 "did not go up" with the major infrastructure companies operating on Africa. A young country looking to move away from Omar al-Bashir has suffered from wars of control, destruction, famine, and sickness. The railway line was based on the northern access route to the city of Juba and located in the geographical seam between the settlement area west and the agricultural area east. The train may link those tissues and provide a platform for local employment, development, and trade, along with the income and expenditure of heavy goods, knowledge, and resources inside and outside the country. To this end, the station was designed as a pillar field whose arched form was derived from the local Tukul. The columns access a set of basic infrastructure including electricity, drainage, rainwater storage and basic roofing over the surface compartment. 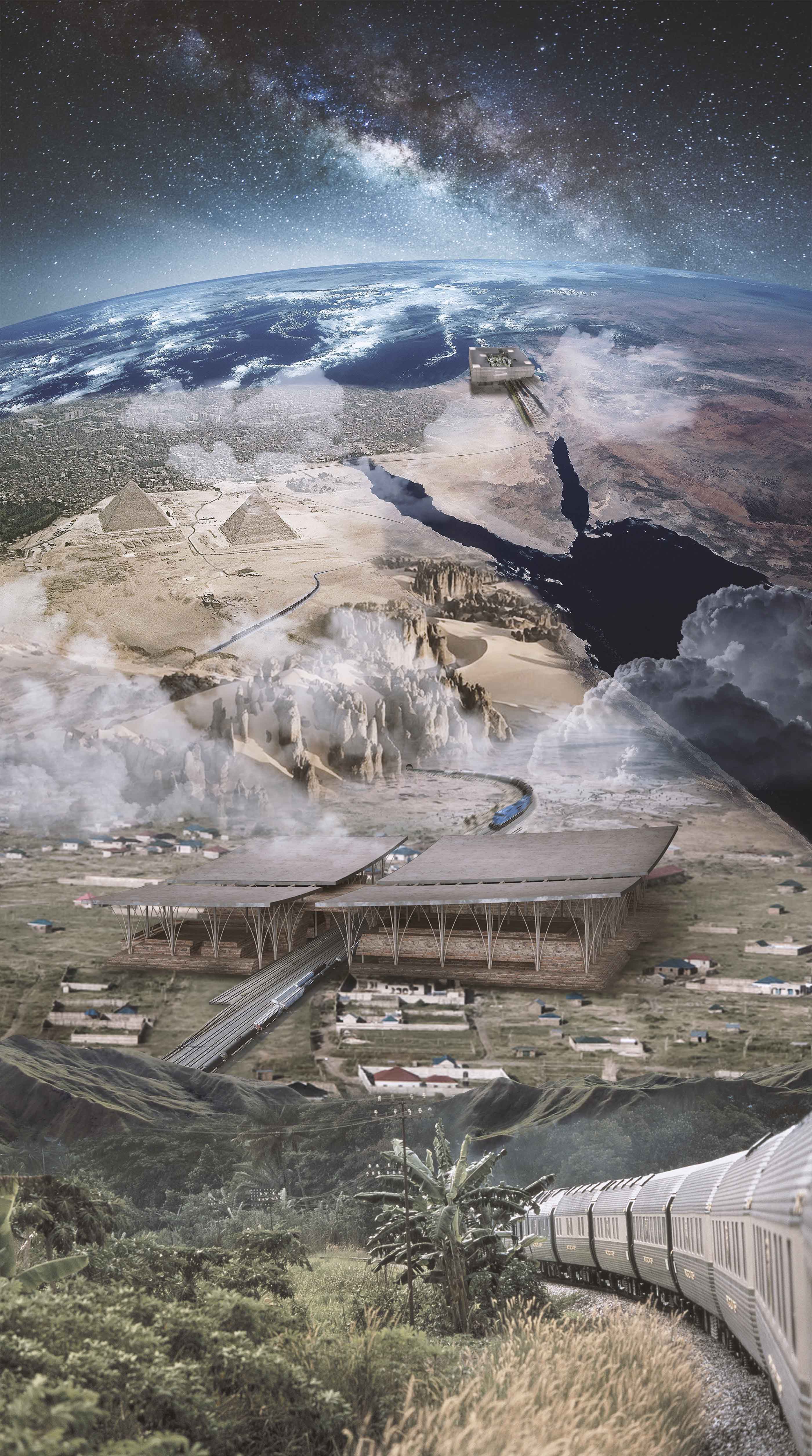 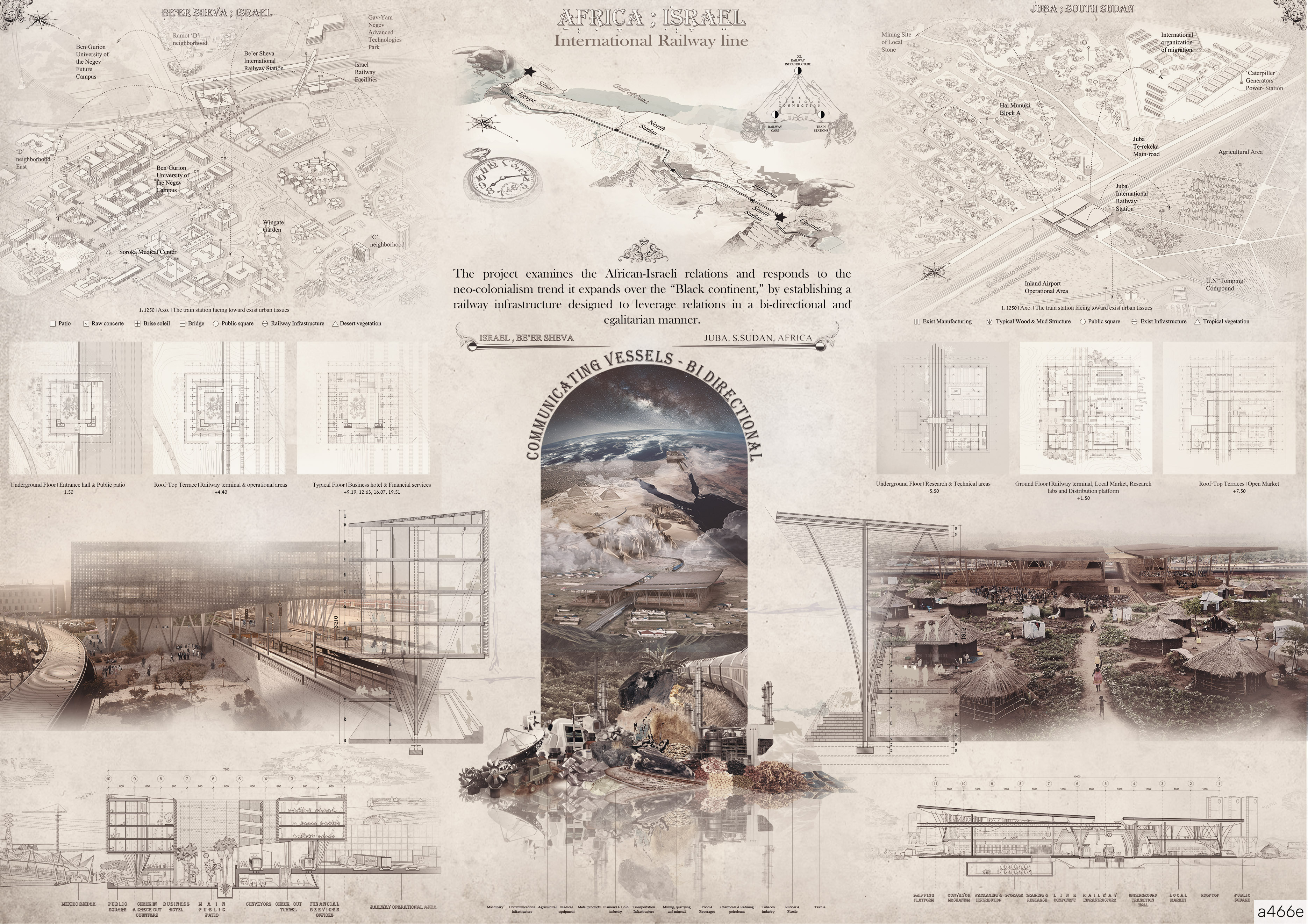