RESURRECTION & REINTERPRETATION OF AN ARCHITECTURAL ICON IN AN INDIAN CONTEXT

This research project is an advanced analytical and diagnostic study to collaborate with, contribute to and contemporize the existing iconic structures in an Indian context. The principal intent of the design is to produce a product that negotiates itself with the existing, acknowledges the monumental presence, learns from it, interprets it and eventually realizes itself as a contemporary translation of the same (without demolishing the existing).

In 2016, as per the proposed plan by the higher authorities in India, Hall of Nations & Hall of Industries at Pragati Maidan in the heart of the capital city (New Delhi) of India are to be demolished and the whole site is to be revamped. But this entails not a mere demolition of two old buildings, it is the demolition and destruction of India’s heritage, traditions and indentation globally. These buildings celebrated 25 years of India's independence in 1972 by being the first man made concrete space frames at such a scale along with being symbolic of a traditional jaali. These structures are largely celebrated all around the globe. It is imperative to investigate the possibilities and permutations of ideas and designs that can be rationalized as a habitable program while learning from the existing and interpreting it in the current scenario (in the year 2016) with the urban necessities and technological opportunities available to us. The research further establishes the fact that the double-curved surfaces being the subordinates in the fabrication industry (if form a minimal surface for any given habitable function or program) have the ability to optimize the overall cost of construction through the efficient use of material for the whole project. The investigation culminates with a result that drastic changes are required in the current fabrication industry for more efficient and sustainable designs. This entails the departure of (more than a century long) mass production of materials to customized production of the materials. The use of the current technology (computational design) available is also imperative to achieve efficient results. The change would have the following repercussions: • Material Efficiency • Cost Efficiency • New Job Opportunities (Skilled Labour) • Sustainable Future. True architecture is not about replication but about distinction and distinguishment. Debatably, post industrial revolution the fabrication industry tends to mass produce and that solemnly requires a radical change. Hindered and restricted exploration in designs due to material limitations have led to numerous issues in the past (use of steel on large scale wasn't feasible in the past) which when addressed were eventually responsible for revolutionizing the whole paradigm of architecture. So, what’s is equally important to acknowledge is “Are we hindering another revolution” due to material limitation of today. It’s not like we do not have the technology, it’s just a matter of some smart choices. 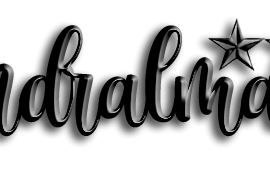