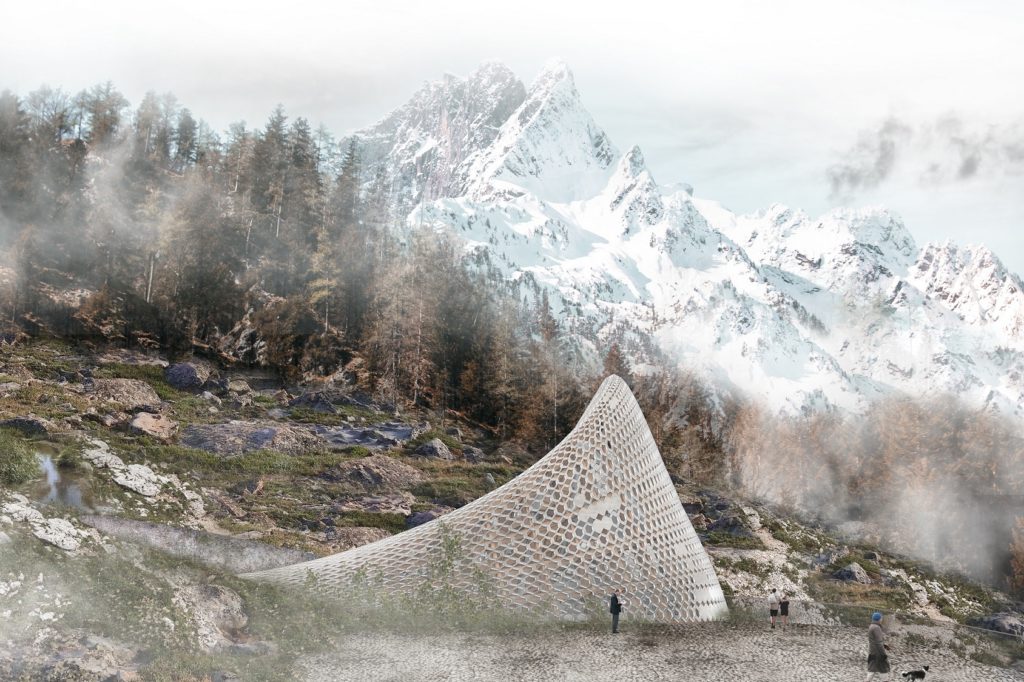 The new phase of history has begun. Humans played a vital role in upbringing ‘climate change’. Though the earth is always changing, the current speed of change is unprecedented and problematic. The drastic shreds of evidence in the high-altitude areas especially in the Alps give a clear definition of climate change and its impacts. Reduction in snow cover at lower altitudes, receding glaciers, melting permafrost extreme change in temperature and precipitation are the ways by which Alps proves the impact. 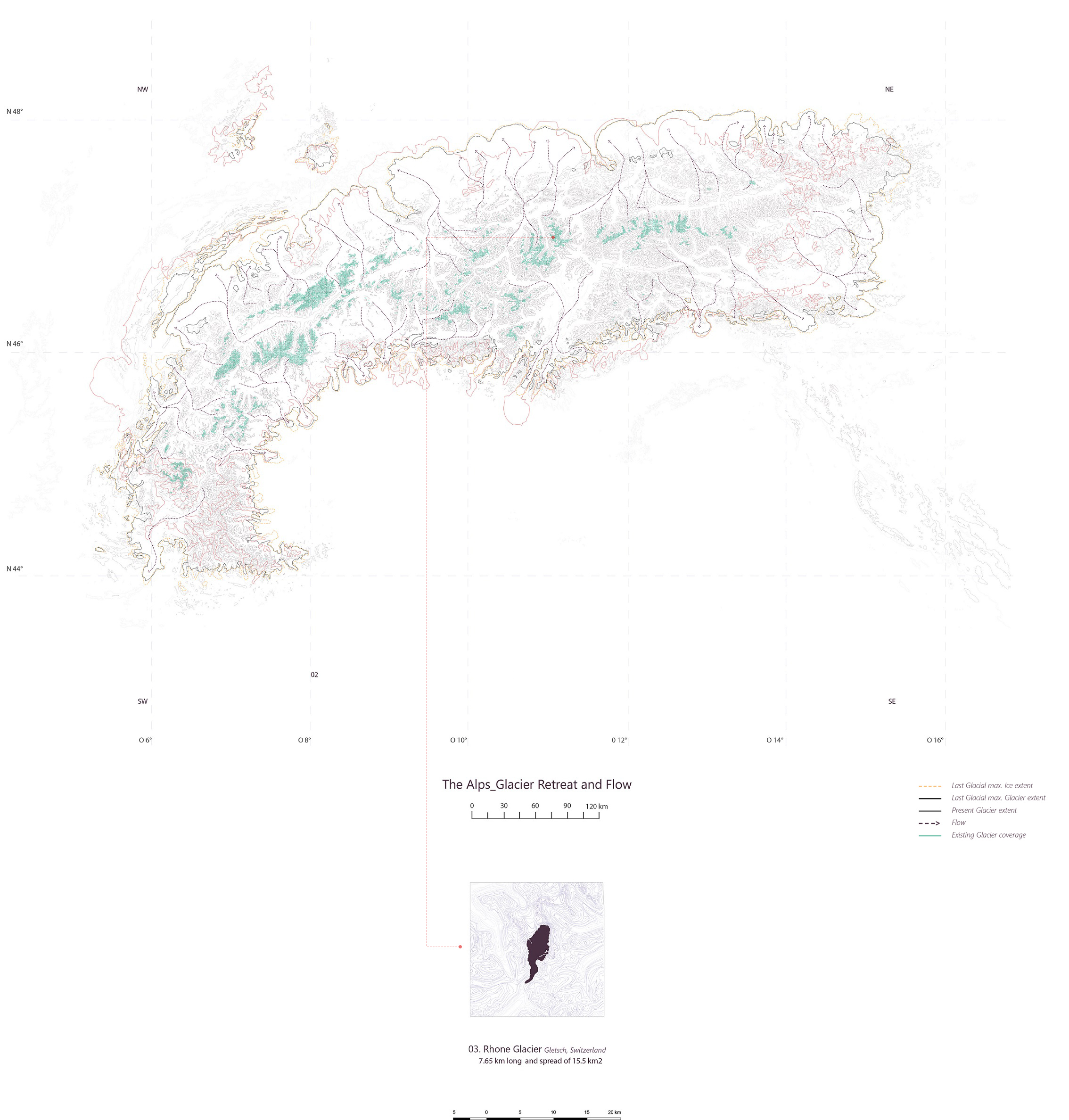 The Swiss glaciers as known as the water tower of Europe provides the clearest proof of these impacts. In recent decades many Alpine glaciers have shrunk to half their earlier size, and by the end of the century all the glaciers of the Alps, with a few exceptions, may well have melted away. They play a crucial role in accumulating and supplying water to the continent. Due to climate fluctuation and uneven glacial runoff due to melting, water shortage or drought is projected to occur more often. Also, the retreat induces a lot of hazards to the environment and ecosystem changing the land-form and existing system. How to tackle the rising issue? The world has no history of dealing with such a difficult problem, nor the institution to do so. As a result of climate change, permafrost is at risk of melting, releasing the stored carbon in the form of carbon dioxide and methane, which are powerful heat-trapping gases. As the local temperature increase, the glacier melting accelerates. Fluctuations of the glacier tongue reflect decade temperature fluctuations during the observation period. The last quarter century witnessed the most spectacular retreat, resulting in the development of a glacier lake. Projected habitat loss is greater for species distributed at higher elevations; depending on the climate scenario, we find 36–55% of alpine species, 31–51% of sub alpine species and 19–46% of montane species lose more than 80% of their suitable habitat by 2070–2100. 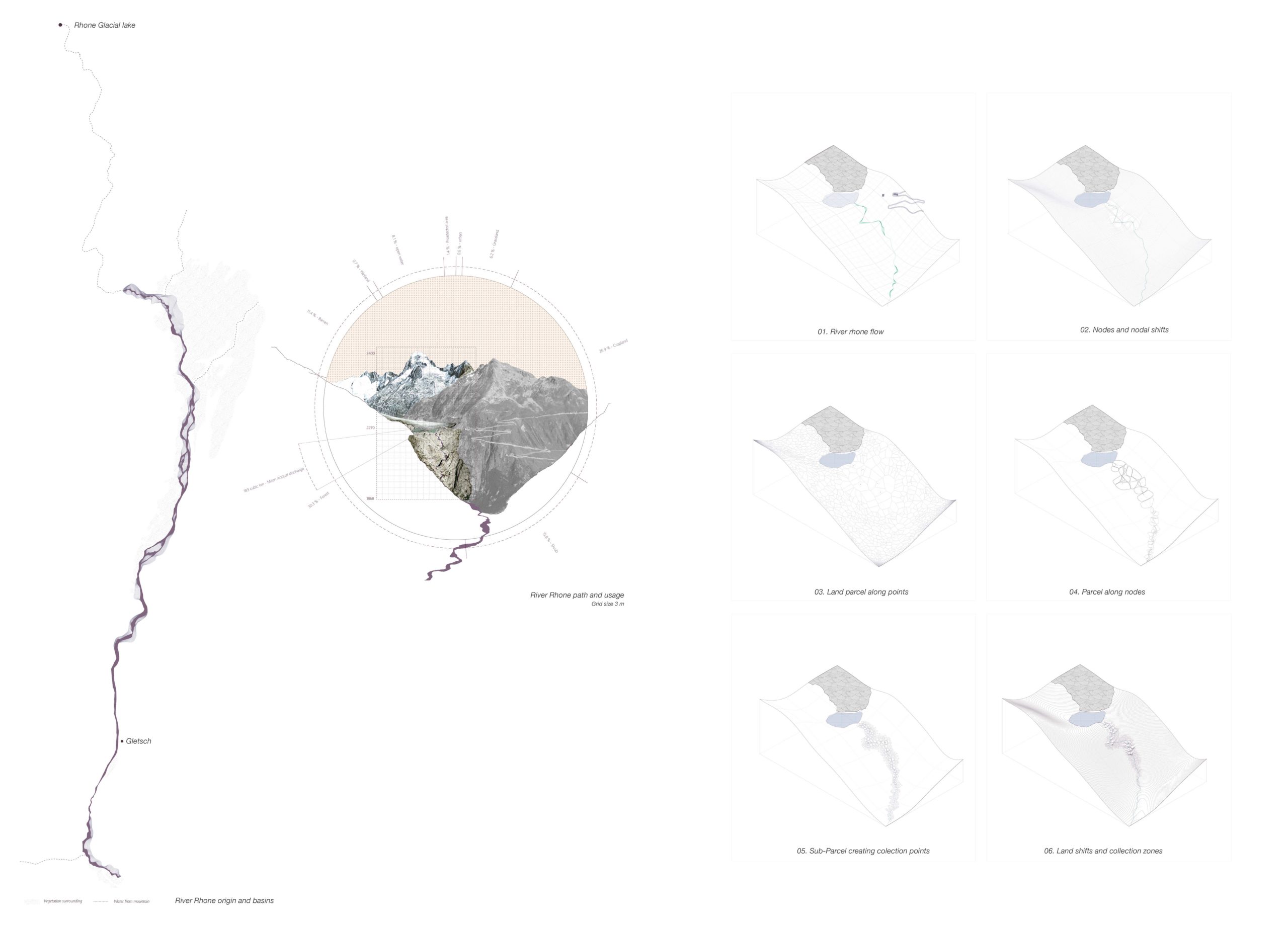 Responding to the retreat and its impact on the ecosystem, there is an urgent need for water management and resource conservation. On the other hand, the dams and reservoirs built to conserve water resource fail to fulfil the needs of the ecosystem and biodiversity. The need for a new infrastructural landscape arises transforming and translating the needs. The proposal is to store the glacial excess runoff into a collection chamber. The idea is the metamorphosis of runoff to a ‘new age glacier’. This system can help in regulating the future water crisis on the continent. The Alps are not just a casualty; they are also one of the contributing factors to climate problems by bringing a whole new set of hazards and problems to the environment. The upward shift or tree line, carbon emission of permafrost melting are some notables. Built environment is introduced into the context as a backdrop supporting the landscape with specific activity including the monitoring, analysis and processing these changes. Here architecture plays a supplementary role, maintaining an equilibrium with the change by supplying energy, storing resource and exploring sustainability. As Robert Swan said, “the biggest threat to our planet is the belief that someone else will save it”. It is the time, and we have a very short time to bring out some change for the future. 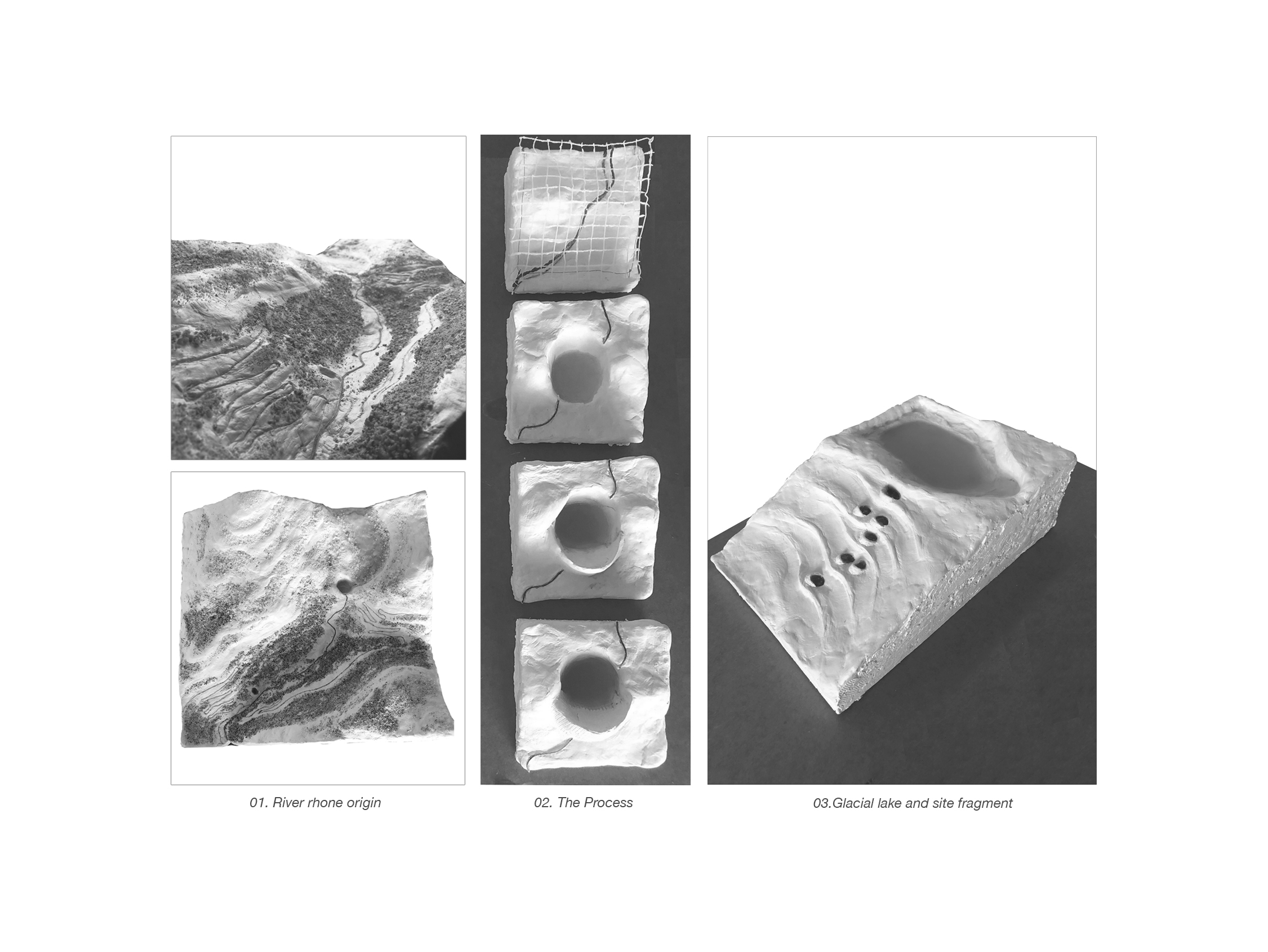 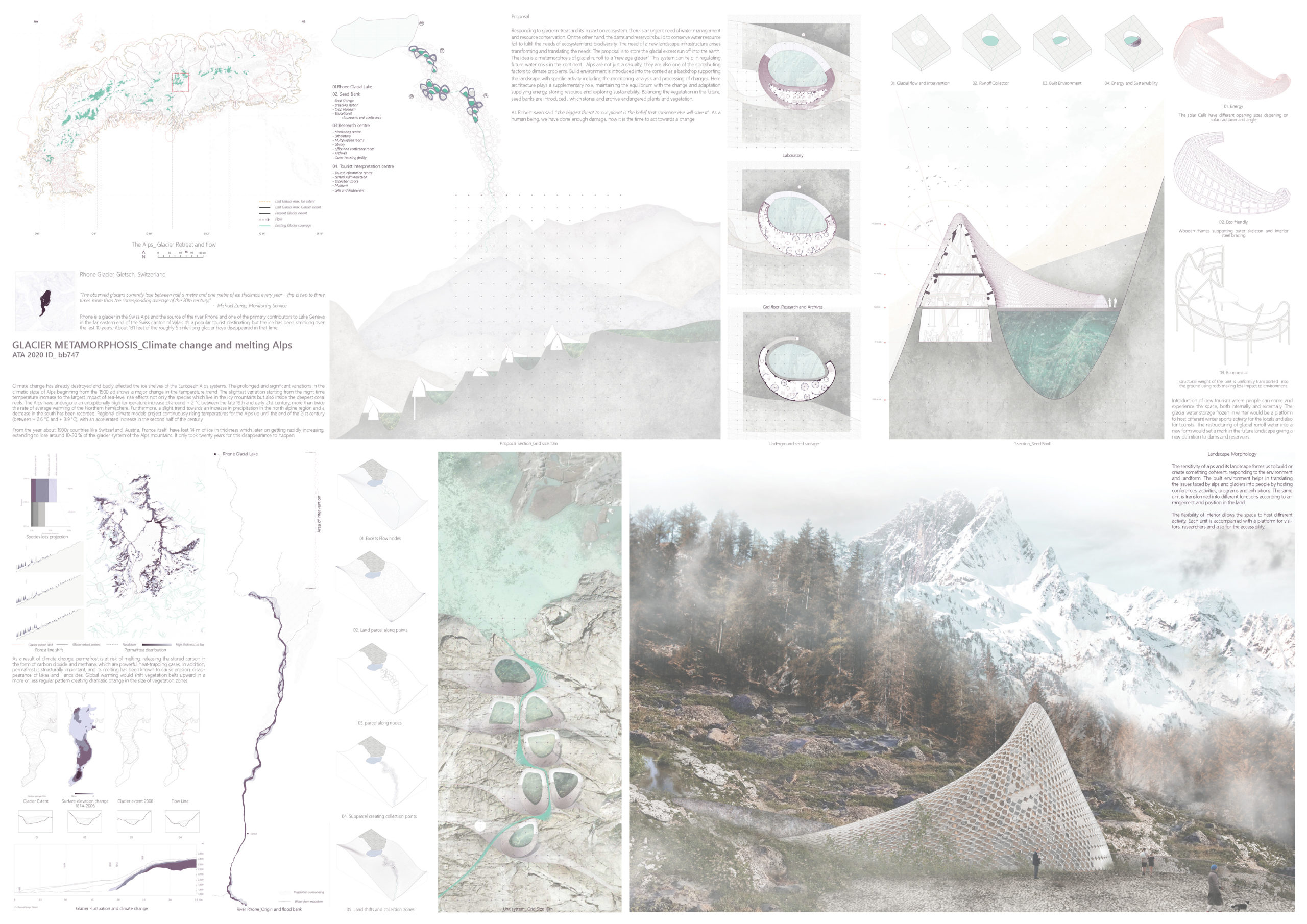